Holidays that are full of complexity are neither fun nor comfortable, that’s why our main goal is to offer a unique accommodation experience in our apartments. We are located between the beaches of Kalyves and Gerakini of Halkidiki, having three apartments in complex facilities, fully renovated, spacious and equipped, two of which are located on the ground floor and have direct access to the sea. Moreover, the third apartment is located on the 2nd floor and has a balcony to enjoy your coffee free of thoughts with a breathtaking view of the sea.

Our apartments are suitable for families with children, as our facilities are safe for our little friends to play and enjoy the huge garden that are perfect for many walks and non-stop play for young and old.
In addition, our location is within easy reach of the beach and the city. The amenities and equipment of our apartments make them suitable for the season.

We take care of everything else. 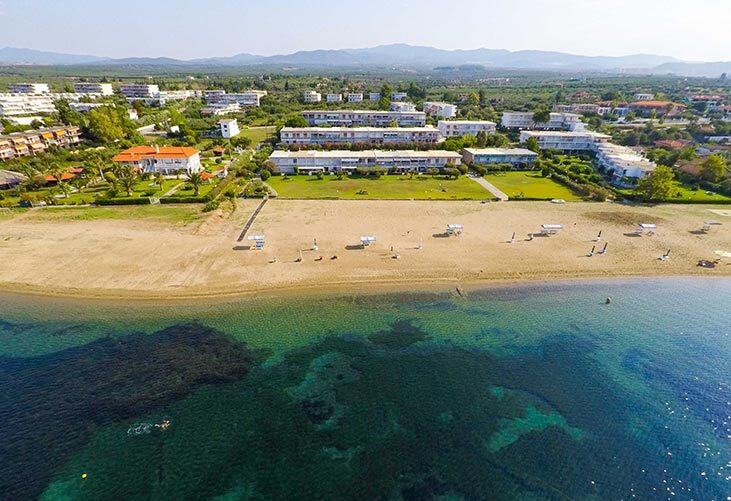 Gerakini is located in the Municipality of Polygyros in the Prefecture of Halkidiki and is a seaside village-settlement next to Kalyves, Polygyros.

It is touristically developed and has a cultural association. In Gerakini, which has a kindergarten, there is a festival of Agios Theodoros. At the beginning of the last century, it was a small settlement of the workers of white stone mine in the area. Its development began after 1960. Typical products of the region are olives and oil. Today it has developed tourism with hotels, rooms to let and camping.

Near Gerakini, the site of a Roman settlement was located, which probably succeeded the classic city of Mycenae, which was only two kilometers away. Also, a few kilometers north of Gerakini, in the place “Selio”, traces of another Roman and Byzantine settlement have been identified.

This site uses functional cookies and external scripts to improve your experience.

This site uses functional cookies and external scripts to improve your experience as explained in the Privacy Policy. Which cookies and scripts are used and how they impact your visit is specified on the left. You may change your settings at any time. Your choices will not impact your visit.

NOTE: These settings will only apply to the browser and device you are currently using.